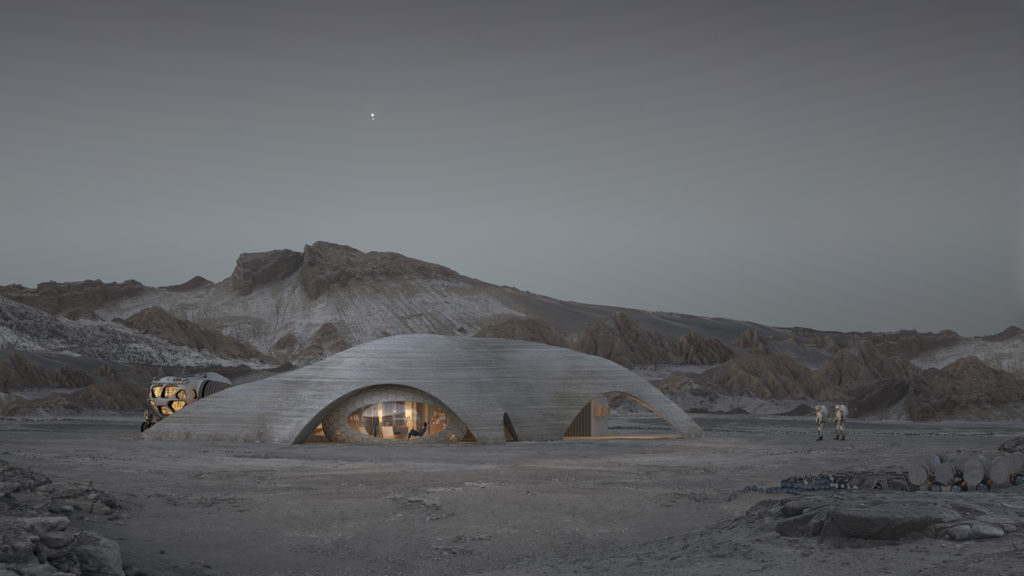 In 2015 NASA set up the 3D Printing Centennial Challenge. This NASA competition sought perspectives from outside the traditional aerospace industry to explore how a human habitat could be designed and delivered on Mars using autonomous 3D printing technologies. Hassell’s entry for the competition took a slightly different angle to most of the other competitors as it was a design-led approach to an otherwise technical and engineering-focused task. For this, they collaborated with a wide range of experts and scientists such as Mars meteorologists, space system engineers, space anthropologists and radiation experts. They also partnered with Eckersley O’Callaghan to design the external shell which could be constructed entirely by autonomous robots using Mars’ natural regolith.

Xavier De Kestelier is Head of Design Technology and Innovation at international design practice, HASSELL, where he leads design technology across all disciplines and regions. In recent years, Xavier has built up a portfolio of space related architecture for clients such NASA, ESA and Virgin Galactic. The most recent is a 3D printed Mars Habitat concept for NASA. Xavier is also a Director of Smartgeometry, a non-profit educational organisation for computational design and digital fabrication.