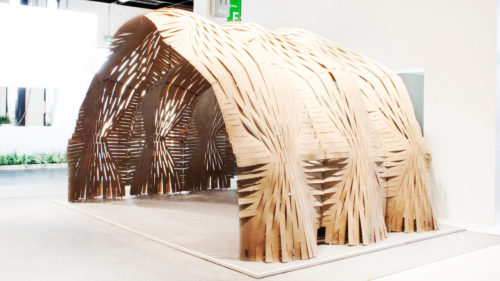 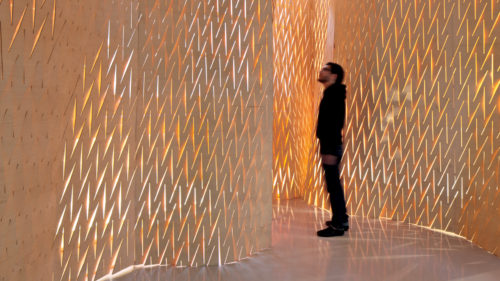 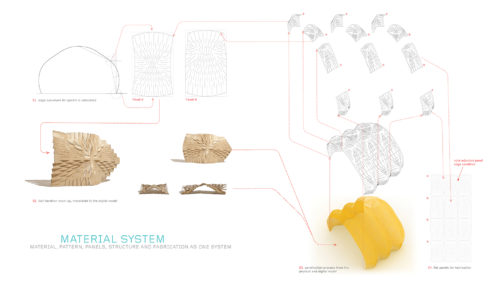 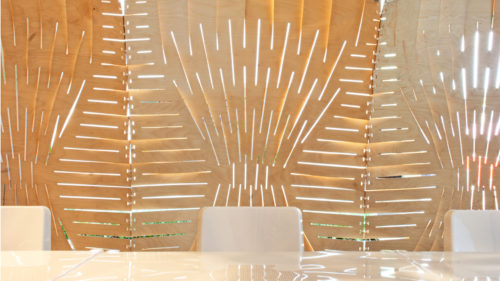 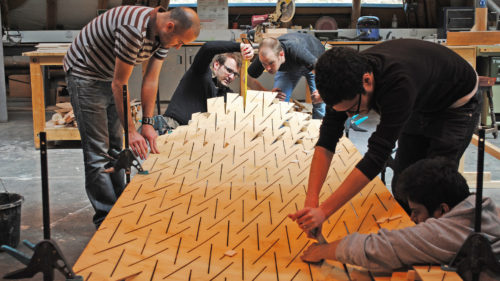 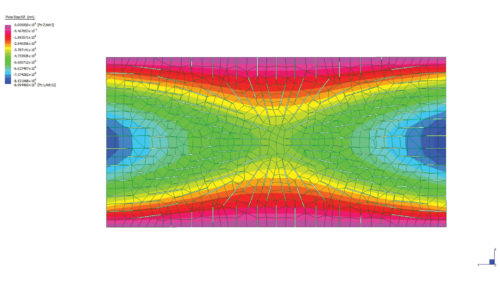 Currently, built architectural structures and material systems rely heavily on an assembly of varying, and often opposing, systems to solve issues of performance, geometry, and structure at different scales. Adversely, performance emerges in nature from a complex hierarchy between materials and structure. Our aim is to design a material system based closer to the biological model that seamlessly links form, structure, and material intelligence while informing global morphology within a geometric rule base. The structural success and interest in this system is unequivocally linked to the principles of surface geometry at two scales – the panel level and the global form. The primary benefit of this approach in comparison standard practice is that there is no distinction between structure and skin, and therefore no requirement for secondary or tertiary systems to interface between the two.

The logic, patterning, and scale of the cut system was directly connected to the selection and research into six millimeter birch plywood. It provided for nearly all aspects of the system, giving the material the ability to move beyond its natural properties and limitations and giving flexibility in specific areas and stiffness in others. The incisions lead to the control over the overall geometry at a local level, which in turn bred a structural logic. Their development controls and exploits lighting conditions and climate. The cuts also directly lead to a simplified low-tech means of fabrication, joining, and assembly logic. It is also important to recognize the significance of the cut technique, and while less quantifiable, assess its sheer aesthetic and architectural qualities.

The mode of fabrication and material constraints are a direct factor into the design and success of the system. Not only did these rules build the foundation for the logic of the system, but they ensure that a particular design or complex surface intent outputted from the system can be constructed efficiently, safely, within the means of the material, and with extremely minimal material waste. All else aside, the true effectiveness of the Expandable Surface System is determined as a system and tool of design to production, not an isolated design exercise.